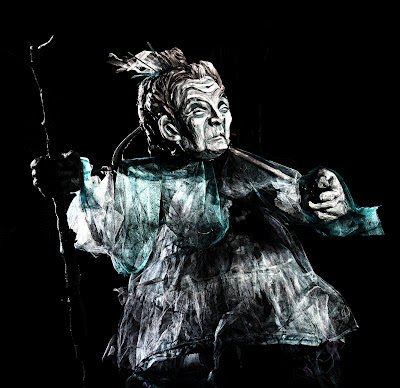 A Night at the Chinese Opera - Act 3 (The Old Crone)

As I mentioned in my last post, this Summer seems to have been dominated by 20th century repertoire: first the Bernstein MASS in the Royal Albert Hall (quite possibly the high point of my singing adventures so far!), The Shadow of the Wave at the Tête à Tête Festival (see below), and last, but definitely not least, A Night at the Chinese Opera with British Youth Opera. It also seems to be the time of year when I get to practice the experience of covering: last year at Banff and with Scottish Opera, this time in BYO.

In many ways covering for BYO is a unique experience, especially when compared with my previous forays into understudying or what I've heard from my friends about how it is in various opera companies. First and foremost, you are guaranteed a public performance, which is a very powerful motivator and also a valuable opportunity, as the cover shows are usually quite well attended. It is worth noting that this performance is with the orchestra, which I'm pretty sure you don't get anywhere else. 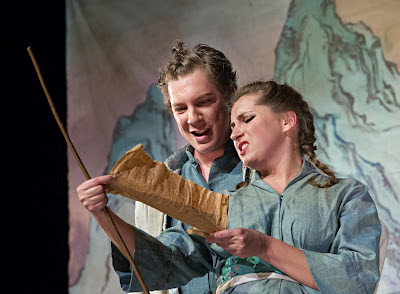 A Night at the Chinese Opera - Act 2

Secondly, you are present for pretty much the entire production schedule, right from the first studio rehearsals. It does mean you are potentially in for a lot of long days (10.30am-9pm), but on the other hand you not only get to watch the show grow and take form, but more importantly you get to be part of the social life. Spending breaks with the cast and crew is a great way of getting to know people that in other companies you'd only really get to watch on stage. Here you have a chance to form a much wider team, and certainly in the case of A Night at the Chinese Opera I think everyone felt supported by one another. I personally really appreciated that so many of the main cast came to the cover show, and those that didn't manage to make it sent their best wishes. That kind of friendly atmosphere really makes a huge difference to how you work, how you feel and finally to the finished product. It certainly makes the time pass much quicker! Once it was all over we could hardly believe that 5 weeks had gone...

The short run of shows also means that the probability of a cover going on is not very high, which in turn means that there is less pressure on sticking to what the principals are doing than would normally be the case. Don't get me wrong, we had to have a solid knowledge of the show and the main cast's blocking, just in case, but once that was achieved we felt encouraged to make it our own. This obviously has to do with the fact that the cover show is a public one, and it shows how committed BYO is to the growth of every person involved in the season. In fact, the people in charge not only came to see our performance, but Stuart Barker (who was in fact the director for Chinese Opera) also came to some of the cover rehearsals, and both himself and Peter Robinson took the time to chat to every member of the company not just to see how we were all getting on, but also to find out more about us. It all makes for a unique process to be involved in. 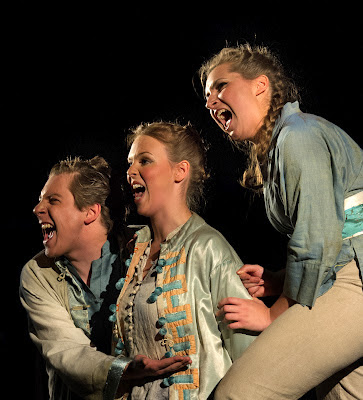 A Night at the Chinese Opera - Act 3 ('Death by slow slicing!')
All photos by Bill Knight

This may all look like a marketing blurb, and naturally over the course of the 5 weeks there were moments of tiredness, crankiness and doubt, but those just come with the job and are to be expected anywhere. It doesn't change the fact that what with all the lovely people I got to meet doing it, the challenge of putting on a contemporary opera, the satisfaction felt after doing it well, and everything else I've touched on here, BYO was a great experience for me and I feel lucky to have been a part of it.


In other news, a video of the last contemporary opera I did is available to watch online here!

* The title of this post is inspired by what James H called out when he saw me come out of the theatre after our cover show. It's not the first time this has happened to me, so I should probably get used to it, but in Chinese Opera I was in fact covering the role of Tenor Actor. It's quite lucky for me that I do have some history in playing these slightly ambiguous roles (although here the clue is perhaps in the name), otherwise I might not have had the chance to take part in BYO this Summer. I would however like to express my gratitude to the company for putting the role down simply as Actor in the programme, saving me some awkward back pedaling should anyone ask what someone with my bio is doing singing a tenor part.
To those who don't know, I am in fact a baritone, albeit a fairly high one, which allows me to slip into 'tenor mode' every now and again, under the right circumstances.